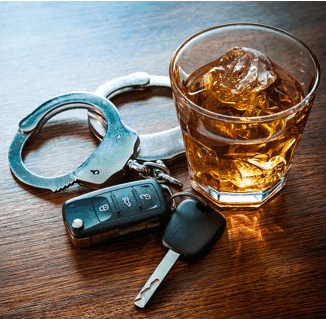 What is the New Utah DUI Law?

Just like Utah was the first state in the United States to lower its DUI limit to .08, Utah is now the first state in the nation to lower its legal blood alcohol limit to 0.05 starting at midnight on December 30, 2018. Regardless of whether you have had just one drink or have been drinking all night long, the punishment will be the same extent as a 0.08 blood alcohol concentration (BAC). Authorities reason that the BAC reduction is an effort discourage people from driving intoxicated – Utah officials state that nearly 30 DUI arrests are made daily. It is also an effort to reduce the number of motorist deaths due to due driving under the influence of a substance.

Members of the National Transportation Safety Board (NTSB) state that the 100 countries that have adopted a 0.05 BAC law have reported lower death rates caused by DUIs despite the fact that the number of their citizens that drink alcohol is the same per capita as those in the United States. Even though the limit is being reduced, the penalties will remain the same as they did when the limit was 0.08.

Utah’s minimum mandatory punishments for a first offense DUI are:

Punishments from the State of Utah Driver’s License Division:

If you make a second and subsequent offense, the penalties will be more severe and the fines will be much higher.

How will I know if my legal blood alcohol limit is 0.05 or higher?

Depending on your body weight and gender, slightly more than one drink may put you over the 0.05 limit. The calculations show that for a female weighing less than 170 pounds, 2 drinks (a drink is defined as 12 ounces of beer, 5 ounces of wine or 1.25 ounces of 80 proof liquor) could put your blood alcohol at a 0.051 or higher. If you are a 110 pound female, two drinks could put you a 0.079. 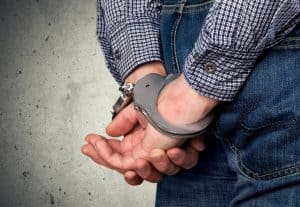 Men have a slightly different calculation based on their body composition and as long as they weigh more than 170 lbs, they may be able to have two drinks and have a BAC of 0.04. But these estimates are just that, estimates. The average male weighing 180 pounds should reach a .05 blood alcohol level after having only 3 beers.

Every person is unique in their body composition, their metabolization rate, how fast they drink, and how fast the alcohol gets absorbed. So everything considered, these are just estimates. There is no guarantee to avoid getting a DUI after drinking, even if it was just one drink. Be wary that if you base your decision to drive after drinking on these estimates, heavy fines and repercussions will follow if you’re charged with a DUI.

The penalties for just being arrested for a DUI can be severe. As soon as the Officer hands you the citation, you are placed on notice that the State of Utah Driver’s License Division intends to suspend or revoke your license in 30 days. If you do nothing, you will be suspended or revoked. In order to avoid a suspension and preserve your driving privileges, you must request a hearing in writing within 10 calendar days of your arrest.

Utah citizens are taking the 0.05 BAC law seriously and are already preparing for it prior to its effective date. Uber and Lyft drivers are reporting an increase in ride-sharing requests already, which they firmly believe is a result of this new DUI law in Utah. As mentioned above, trying to calculate your BAC level is just an estimate and you’re taking the risk of getting a DUI if you choose to drink and drive. The most foolproof way to avoid a DUI arrest is to arrange a ride home for yourself; ride-sharing is as accessible as ever and just a click away because of the heavy use of smartphones.

Self-representation against a DUI offense is difficult and achieving a positive outcome is unlikely. If you find yourself in this situation, the best defense you can take is to find an experienced and highly knowledgeable DUI attorney within Utah. Schatz, Anderson, & Associates have a strong team of DUI attorneys, including the first attorney in Utah to get Board Certified in DUI defense, Jason Schatz. There are so many complexities that follow a DUI charge that are not disclosed from the start and are difficult to understand throughout the process, including the preservation of your driving privileges. Call or email us today for any questions you may have about your DUI arrest. Our team of highly knowledgeable attorneys will be able to answer your questions and help you navigate the muddy and confusing waters of a DUI arrest.