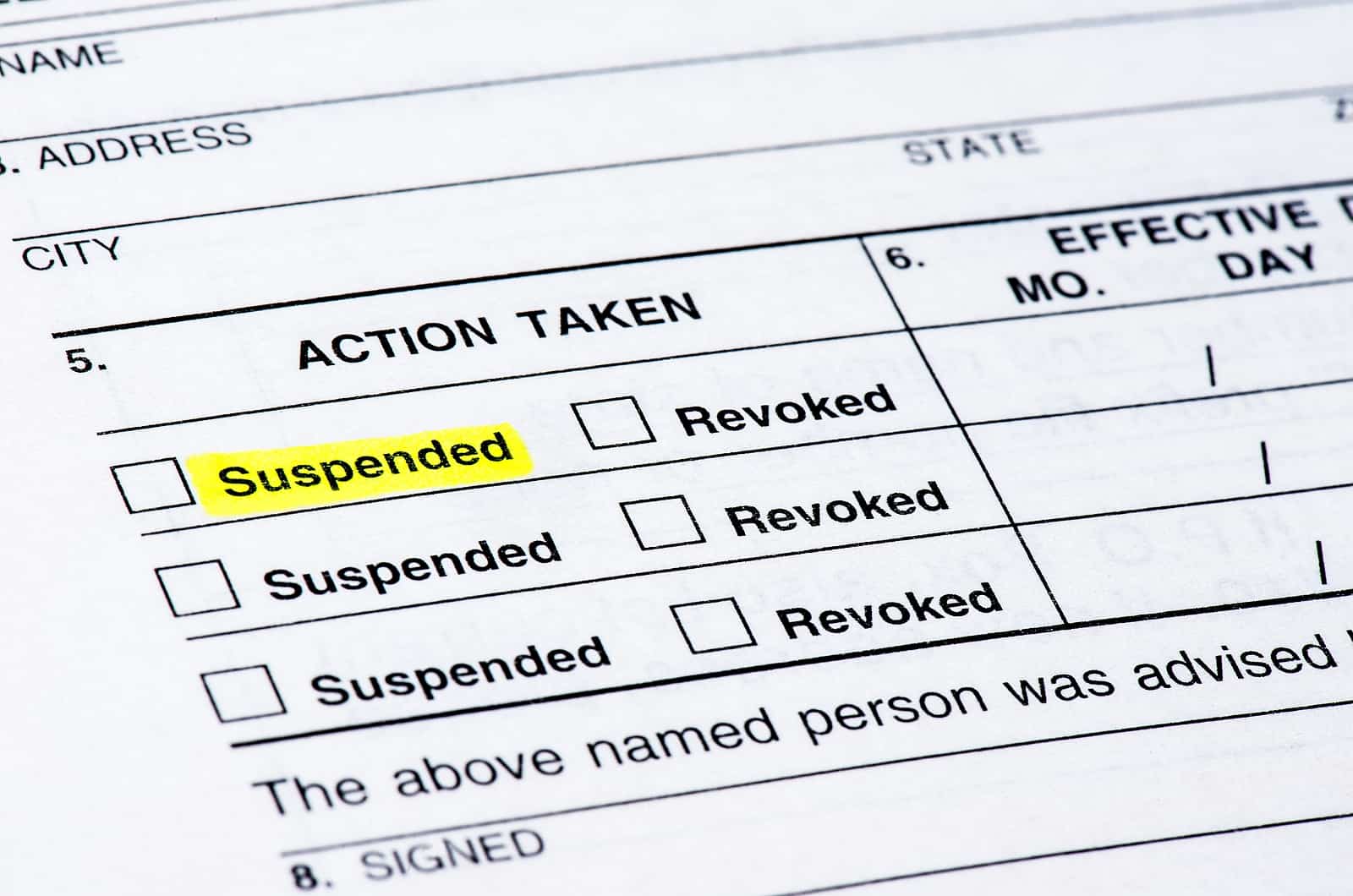 Conviction Can Cause A Driver’s License Suspension

This article is from an interview with Utah criminal and DUI defense attorney Jason Schatz. This portion is regarding post-conviction suspensions of driving privileges.

Interviewer: If I am placed on probation, will I lose my driver’s license in every instance or just some instances?

Attorney Schatz: There are certain types of offenses that, if a conviction is entered, state law requires that they are reported to the Driver License Division for two reasons: first, to be placed on your driver history, and second, certain types of convictions actually trigger driver license suspension. It’s not just, for example, DUI. DUI convictions, when reported, can trigger a suspension, of course. But drug offenses can also do it. Whether the person has been in a vehicle or not, a conviction for a drug-related offense of any kind triggers a six-month suspension of driving privileges in the State of Utah. Alcohol offenses involving minors; convictions for minor in possession of alcohol; or, for example, public intoxication by somebody under the age of 21—the courts are required to report those convictions to the Driver’s License Division. (Read more about how Utah laws treat minors.)

There are statutes that indicate upon receiving record of those convictions, the Driver License Division has to impose a suspension on that individual’s driving privileges for a set period of time. There are other offenses, such as fleeing from a police officer in a vehicle, that will trigger a suspension. Or if an individual has multiple offenses of reckless driving, two or more within a 12-month period of time, it will trigger a one-year driver’s license suspension.

So let’s say a person enters into a plea in abeyance for one of these types of offenses where normally a conviction would require it to be reported and that would in fact trigger a suspension. During the plea in abeyance period, no conviction is reported; therefore, no suspension is imposed. But if the person violates probation and the conviction is then entered and reported, that will trigger the suspension at a later date.

Attorney Schatz: When it comes to reinstating driving privileges, it depends on the nature of the offense, particularly in cases involving minors. Generally, in order to reinstate a driving privilege, if it was suspended because you were less than 21 years of age and you were involved in some sort of an alcohol-related crime. Under those circumstances, you generally have to show that certain educational series or counseling requirements have been met in order to be eligible for reinstatement.

If somebody’s license is suspended for a drug-related offense, for an adult DUI, there are no requirements that need to be met, other than that the time period has passed and the individual pays an appropriate reinstatement fee. The reinstatement fees vary depending on the nature of the offense.

Difference Between Suspension and Revocation

Interviewer: What is the difference between a suspension and a revocation of your license?

Attorney Schatz: A “suspension” means that the individual’s privilege to drive has been temporarily suspended or taken away. A revocation actually means that your license is revoked, or in other words, canceled for a period of one year, and at the end of a revocation, the individual actually has to go through the licensing process all over again from scratch.

This means that, after a revocation, the Driver License Division can not only require you to pay fees, but also require you to take a written test and, in some cases, even a driving test, in order to get your license back after the revocation period.